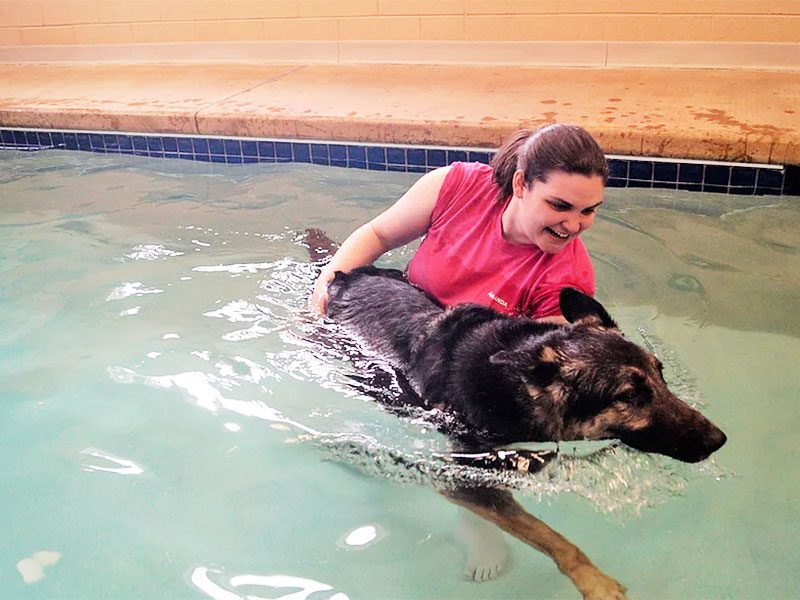 Pet Massage WaterWork was created by Jonathan Rudinger, RN and massage therapist, after his experience with Watsu; Shiatsu massage performed in water on humans. Pet Massage WaterWork is for animals and the main difference is that the dogs will be swimming for most of the session, unlike humans who would just float through a Watsu session. Mandie incorporates all of her knowledge and experience from water therapy and massage to develop her own water therapy that is customized to your dog’s needs and personality. Your dog is gently supported and guided through the the water creating extension and flexion of the whole body.

Light pressure, traction, and/or rocking can be applied to help break down fascial adhesions that inhibit flexibility or may cause nerve impingements, muscle tension, or pain. The techniques used while the body is balanced and suspended in water allow unique range of motion opportunities that help the body facilitate healing. The powerful dynamics of the water sends a wave of healing that touches the body, mind, and spirit. Mandie Zavadil is located at Dawgs in Motion in Saukville. She is a certified pet massage therapist and has been a trainer for over a decade. Mandie incorporates many styles of massage including Tellington Touch. Bodywork can improve flexibility and suppleness in many cases.

Chiropractic care is helpful for more than just reducing pain. It can also aid in a faster and more comfortable post-operative recovery period. Even a pet who is sore from a long weekend of hiking could benefit from a chiropractic incontinence, skin conditions, behavior problems, and gastrointestinal disorders. If your four-legged family member is in pain or suffering from an illness that’s inhibiting health and happiness, chiropractic care may be the answer. It can also be an effective way to help keep your pet healthy and balanced throughout his or her life.

A referral from your veterinarian is necessary before chiropractic care. 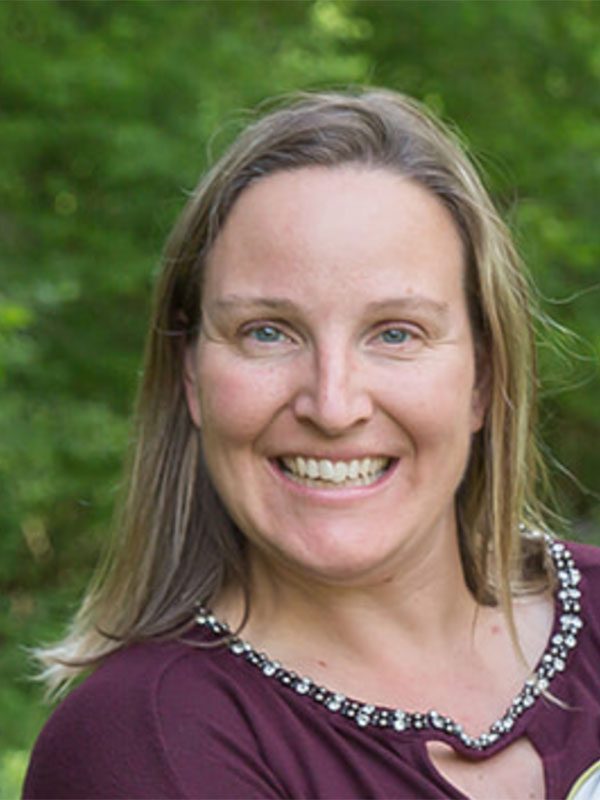 In 2008, Amber stepped up to a Master Equine Bodyworker. Amber went back to school in 2001, beginning her Undergrad career at North Dakota State University. She then went to Northwestern Health Sciences University in Bloomington, MN. She finished her Bachelors of Science Degree in Human Biology in April of 2008 and her Doctor of Chiropractic degree November, 2008. Amber attended the animal Chiropractic (VSMT) course at the Healing Oasis, Inc. in 2010. Aimee Lawent Beach is an advocate for helping our pets be heard, understood and feel better. An avid animal lover since childhood, Aimee had a big wish—to hear animals speak.

As fate would have it, she has learned about animal communication (also known as inter-species communication, telepathic communication or animal “whispering”) shortly after adopting her cat Lily.

A few months later, she took her first animal communication with a beloved teacher and mentor, and has since been on a quest of helping animals and their people.

Aimee has trained with pioneers in the field of animal communication and animal energetic healing, helping hundreds of clients over the past 11 years, locally, nationally and internationally. She can communicate with pets who are still in their physical bodies, those that have transitioned/passed over as well as pets who are lost or missing from home. Working in the complementary healing field brings Aimee so much joy and she is excited to offer her services to Dawgs in Motion clients as a way to reach more pets. 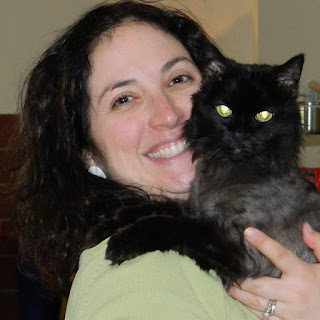 As a pet guardian she understands the importance of having holistic options in treating animals with chronic health conditions. She integrates many of the healing modalities she has been trained in when working with animals, including crystals, therapeutic grade essential oils and energetic healing support. She loves to continually learn new skills to assist the animals.

Aimee currently provides animal communication services and is an advanced practitioner in Healing Touch for Animals.

Aimee Lawent Beach will be at Dawgs in Motion again soon. Limited spots available! Call or stop in to sign up!